Why It Matters by Rev. Elizabeth Polanzke

My Lutheran congregation was located just north of I-69 in the Village of Capac, Michigan, firmly tucked away in the third white-flight ring of Detroit. Capac was also the location of the compound of the commander of the Michigan Militia.

In 1998, three years after they bombed the Alfred P. Murrah building in Oklahoma City, the Militia invited John Trochmann, the “Godfather of the Militia of Montana,” to offer a presentation at the local (and only) reception hall. Trochmann is well known for articulating the Christian Identity philosophy that drives much of the actions by the Michigan Militia, including the Oklahoma City bombing.

When news of his invitation and imminent presentation to our community made its way to me, I invited the two other clergy in Capac to join me in planning a Peace and Unity vigil to be held at the same time as his event: a counter-action made up of prayer and the reading of scripture. For location, the Baptist church was too small. Since it was their turn to host the next ecumenical service, we chose the Methodist church which was located just on the north side of town.

I shared news of these plans with first the congregation council and then with the congregation. Initially, congregants were leery. The Militia had a stranglehold on the town. It was the undercurrent of everything that happened in Capac. It was their philosophies that caused the local farmers to hide their Latinx migrant workers, led local police to offer escorts to the children and wife of one of my predecessors when he had stood up for those workers, erected the “Get Out of the UN Now” billboard outside the neighboring town, taught parishioners that the Chinese are Satan’s invading army that are named in the book of Revelation, and instructed how to build an underground bunker to protect one’s self and family from invaders (usually, People of Color). To stand against the Militia was to stand against a group that had demonstrated the courage of their clearly racist and misled convictions. I knew it but to allow someone to come to my community and reinforce this twisted heretical philosophy without being checked was unacceptable.

Then a note was left on my car. I lived in a parsonage, fifteen feet from the church. The note had been left in the few minutes it had taken for me to go from my driveway to my kitchen and back, which meant I was being watched. Or the note had been left by a neighbor. The note said that if I continued organizing, they would kill my cat. I had a cat. It wasn’t a secret, but how did they know? Thank God I didn’t have a child, like my predecessor who needed the police escorts.

Then the phone calls. Threatening me. Threatening to blow up the church. I was thankful they didn’t threaten my husband, also a pastor. He had to drive through the Militia compound seventeen miles north of Capac to get to his church in Brown City.

We, the Methodist pastor and I, took the bomb threat to the police chief. He explained that because the Methodist church was technically outside of town, he couldn’t protect us. So, we had to move the service to my church inside city limits. I called my council members to let them know about this decision. Although no one ever questioned this decision, I am fairly certain they resented it. I chose to lead by example. If I pulled this off and lived, then maybe they would see that one can fight violent racist philosophies with love and prayer.

The media called and asked me about the vigil. The newspaper did a fair job of illustrating what I was trying to say and do. It also served to publicize the Trochmann event. I later learned that attendance at his presentation was bolstered because of this article. I also reached out to the local migrant community and posted vigil information.

I called my Synod office and spoke with the Bishop about what was happening. I asked for his support. He had articulated (and been elected for) passionate anti-racist approaches to ministry. He suggested I call the Synod’s anti-racism task force. So I did. I called both of the co-chairs, a black laywoman and white clergyman. The clergyman’s response was, “I’ll be there if I can.” The laywoman’s response was more honest. She was afraid to cross I-69. She sincerely believed she was risking her life to do so. Forget the fact that I was already risking my life. She didn’t see the point in coming or supporting me in person but she promised to pray for me.

I was heartbroken and I felt very, very alone. My husband was reassuring and repeatedly affirmed what I was doing. If he was afraid, he never said. All my life, my role models have been Jesus, Martin Luther King, Jr., Mother Teresa and Mahatma Gandhi. If they could do it, I could do it. My nerves were shaken. I trembled all the time but I was determined. As the time drew closer, my Methodist colleague called to tell me he was leaving for vacation and wouldn’t be able to help with the service. Our Baptist colleague walked out of worship on a Sunday morning and left town overnight without a word to either of us.

Now, I knew I was alone.

The Sunday before the Monday evening vigil, I had to tell the congregation about the bomb threats. I couldn’t invite them to the church without being honest about the risk to their lives. We (the police, I, my colleagues, and the anti-racism leadership) took the Militia and their threat seriously. On Monday night, I walked over to the church to set up things only to discover that the Methodist church organist, who was to play, was not coming. Sitting alone in the nave, praying and wondering if anyone would come, I was very tired.

Finally, one member came. Bob Marquart. He came to tell me he and his wife, Audrey, would not be coming because of the threats. “We’re too old for this kind of thing but we wanted you to know we think it’s a good thing you’re doing,” he said. I thanked him. He left. I had a solitary prayer vigil, locked up and went home.

The question that prompted this piece was: “Why do we need to address racism?”

We need to address racism because, on April 19, 1995, Timothy McVeigh and Terry Nichols, two men of our community in Capac, Michigan, filled a van with fertilizer and fuel and blew up the Alfred P. Murrah Building in Oklahoma City, OK, because they held beliefs marrying the holy scriptures of our faith and racist ideologies.

We need to address racism because otherwise at best we abet murder and, at worst, it is heretical. The people of Capac, Michigan, like the Germans after WW II, live with knowing that they abetted murder. They know and that guilt along with Militia’s threats of violence hold them hostage.

Why do we need to address racism? Because to do anything other, kills heart, body, soul, and mind and drives a wedge between us and the love of God in Christ Jesus. That is status confessionis 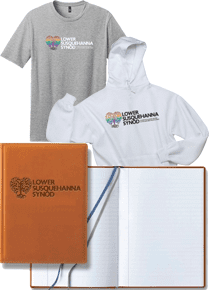