Was Jesus A Racist by Rev. Titus D. Clarke

He answered, ‘I was sent only to the lost sheep of the house Israel.’ 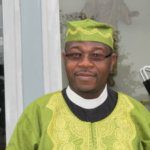 But she came and knelt before him saying, ‘Lord, help me.’ And he answered, ‘It is not fair to take the children bread and throw it to the dogs.’

I have read and preached on this text on numerous occasions and I have always had a problem with it: Was Jesus being a racist in his interaction with this foreign woman? The outcome of the story reflects the Jesus I know but the encounter and the dialogue is quite troubling.

This is the assigned reading from the Revised Common Lectionary for the Eleventh Sunday After Pentecost, Year A. Each time this text comes around, I have interpreted it in defense of Jesus, referring to his humanity or explaining that he was reflecting the feelings of his disciples in a male-dominated culture or that Jesus may have been quoting a common idiom. I have even tried to soften the reference to this foreign as a “dog.” I downplayed the xenophobia, sexism, classism, discrimination, and social determinism present in this text. But not this time. Considering the current climate in which we live, I must pause and view this text from that troubling place of my experience as a black man, relatively young, and from Liberia. Through this lens, I can see this Canaanite (Syrophoenician) woman. I can hear her voice, because I know it. I can feel her rationalizing how to respond to this belittling and I can recognize her choice to suppress her feelings because of her desperation and her need.

It is not fair to take the children bread and throw it to the dogs. The degradation of being called out of your name, or being followed in a store, or being treated with suspicion at a bank counter, even when wearing a collar. I wonder: how did the crowd react to the woman? The scar of her shame may have been greater than the wound. Wounds heal but scars linger forever.

Once, my father and I were traveling from Minneapolis to Baltimore on a crowded airplane. After we took our seats, we were approached by a white woman who swore that my father had stolen her passport. She demanded that my father be searched by the hostess. After much confusion, she was escorted back to her seat but the insult, shame, and aggravation of the moment kept playing in my mind. Of course, she later found her passport. The hostess offered apology but the harm that was done could not be undone.

In this encounter, the Canaanite woman defined faith as Jesus knows it. Faith is not church attendance or mere acts of kindness. Nor is faith a recitation of a prayer or a creed. Faith is refusing to accept any definition of who you are other than how God defines you. Faith is refusing to remain silent in the face of injustice. Faith is finding the language, the words, and the way to fight back that changes hearts and minds. It is resistance that give birth to change. The foreign woman opened Jesus’ eyes to actually see and hear her.

The woman is aware. She knows the language. She recognizes Jesus for who he is and addresses him appropriately. She displays a knowledge that even those in Jesus’ entourage and in his own hometown do not have. Sometimes, when you are a foreigner, knowledge or accomplishment is not enough to break through the stereotypes that muffles the sound of your voice or downplay your achievements because “You are not supposed to…” and the children’s food is not yours.

I think this story is about a woman, a foreigner, who expands the horizon of Jesus. She broadens Jesus’ vision to see that his purpose is not defined by his will but by the will of God whose promise to Abraham included the sands on the seashore and stars in the sky. She helped Jesus see that his purpose is defined not by any arbitrary, narrowly defined human standards but by what is right and just. It is defined by the plea of the desperate cry “Lord help me” and by the needs of the world.

The woman would not accept Jesus’ definition of his priority. She would speak up and speak out. Jesus graciously heard her and the vision of his ministry was changed forever. As for the woman, this may have been a bittersweet ending – do I need to prove my humanity to be worthy of respect or the grace of God?

Perhaps what we need today is a persistent church that sees its priority not as a limited desire for heaven but an urgent need to bring the will of God on earth as it is in heaven.

A church that will not keep silent or stop working until justice rolls down like water and righteousness like a mighty stream.