The Spirit Moving in the Work of Committees 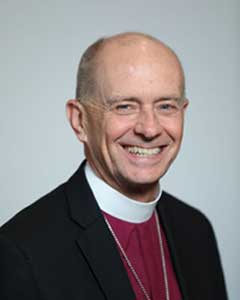 At my very first Conference of Bishops, I was intent on reading everything that came before us for our review. One of the pieces was an investment that spoke to genetically modified crops in agriculture. After speaking with a farmer in my former parish, I suggested a modification to the wording of the statement. As with all things, once you make a suggestion, you get invited to participate. In this case, it was to serve on churchwide’s Corporate Social Responsibility Committee. Now, serving on a committee does not often seem exciting but, for me, this one is.

This committee is tasked with working with Portico (the ELCA’s benefits ministry) to make sure that our investments—especially rostered ministers’ retirement dollars in social investment funds—reflect the teachings and social statements of the ELCA. It is a careful balance between the social beliefs of the church and the realities of the capitalistic system in which we live.

People sometimes want to advocate for divesting from corporations that have certain practices. It has been done with some success, such as with apartheid in South Africa. However, walking away from a corporation may not be the most effective way to change their behavior. The church has found a much more effective way in the practice of shareholder resolutions. In the last year, we sent a shareholder resolution to a major airline asking them to reduce their carbon footprint. Rather than have this come before everyone in a shareholder meeting, they negotiated to increase carbon gentle jet fuel. Another shareholder resolution challenged a major food provider to begin to deal with racial inequities in their workforce. They agreed to conduct racial equity audit. Behind the scenes, we work with other groups and faith communities to help move companies toward a more just way of working.

In addition, our social invested funds go to support investments that make a difference in the world. Working with Nuveen, Portico has invested $25 million dollars in affordable housing and childcare in communities with high numbers of BIPOC people. One example is Detroit, where 30% of housing is abandoned, and affordable housing will help lift people out of poverty. In addition, we have invested in the Bank of Palestine. While receiving a 5% return on our investment, we were simultaneously able to make loans to small businesses in the West Bank.

This is the work: balancing investment strategies with our theological stances to help shape the world. This is the work of the ELCA and its committees: to strengthen our collective work as a church.

It has been a blessing for me to combine my passion for the gospel with my corporate experience to make a difference in gently shaping change in the world in response to the church’s teachings.

Sometimes, being drafted into committee work is the work of the Spirit.

For our rostered leaders, your Portico dollars make a difference only if you are invested in the socially responsible funds. If you have not actively managed your retirement dollars into these socially invested funds, then you are not involved in this critical work. Please consider where your retirement is invested.