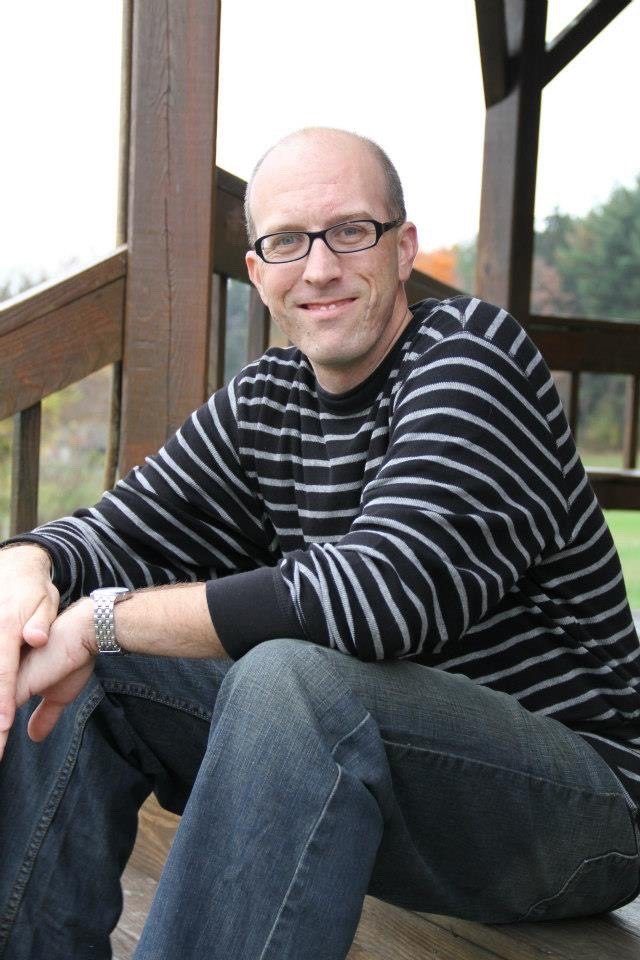 In June of 2021 I celebrated the 20th anniversary of my ordination into the ministry of Word and Sacrament.  I was ordained at the Lower Susquehanna Synod assembly, in the Gettysburg College chapel on a very hot June evening.   I remember that night feeling like a culmination of a ten year journey that started in my home congregation, Our Saviour Lutheran Church in Utica, NY.   I remember the vows I repeated and the placement of the stole on my shoulders and the words of Jesus, “Take my yoke upon you and learn of me and you will find rest for your souls, for my yoke is easy, my burden is light.”

I have not always experienced the call to ministry as an easy yoke and a light burden.  And in 20 years, I have experienced significant change in the church, the Lancaster community I serve, and in myself as a called leader.  This is an essay on vocational evolution. The one who calls us is the same, but the work of ministry changes over time to address the present conditions, the world’s hungers, and the neighbor’s needs. Adaptive leaders are required in this age, so that the gospel of the crucified and risen Christ might be proclaimed in speech, service, and acts of justice.

After 4 formative years of urban ministry at Grace Lutheran in Lancaster, I was called to Zion Lutheran in Akron.  I have remained at Zion for over 16 years.  But, the call has changed many times in these years.  Neither I nor the congregation are the same people we were then.

In the years following 9/11, many of us experienced deconstruction or a reevaluation of our faith, its practices and traditions.  There was a conversation taking place among faith leaders that identified a massive shift in religious life and culture in America.  How were we going to adapt to the cultural moment we were in?  A moment of deep skepticism and spiritual hunger.  A moment of social and political polarization and disintegration of public trust in institutional authorities. A period of powerful connectivity and estrangement.  Zion and I went on a journey together, wondering what the church needed to be in the 21st century.  How could we move from maintenance mode to mission, from being a private religious institution for members to a public mission church for disciples of Jesus?   Apparently not without resistance, strife, gref, loss, and necessary, life-giving change.

In 2008, Zion started Peter’s Porch, a ministry of hospitality that feeds both physical and spiritual hungers.  We wanted to be a church who saw and heard our neighbors, especially those who were suffering under the effects of economic poverty.  We didn’t know that the country would experience the great recession, beginning in 2009.  We served hundreds of households monthly.  We prayed with people, baptized people in our parking lot, gave away food and clothing and household supplies and books.  We shared nutrition education and offered health screenings. We both saw Christ in our neighbors and became Christ with our neighbors.   In 2012, we partnered with Faith United Lutheran in Denver to launch a second Peter’s Porch.  And we launched a third in 2015, with Lititz Mennonite Church. We gave away and multiplied our ministry by inspiring other congregations to take up the yoke of service alongside us.  We developed many partners over the years. Some other community leaders and I started hunger free Lancaster County in 2010, a multi-organization collaboration to end hunger and food insecurity in Lancaster county by creating a just, local, and nutritious food system so all Lancaster residents could access three healthy meals everyday.

As we encountered our neighbors and fed them physically, they began to seek us out for spiritual food.  So in 2014, we started a dinner church community.  I was trained as an ELCA misson developer during this time and both Peter’s Porch and the dinner church became a synod authorized worshiping community. Our goal was never to grow the congregation, but to extend Christ’s love and grace to our neighbors.  We became a public church with an identity in the community.  We doubled the number of worshipers with the dinner church and we reached people in the community who were not part of a Sunday morning congregation.  Dinner church was a practicing faith community, gathered around a shared meal to tell stories, sing, pray, listen to the gospel, and share the eucharist.  We worshiped in local restaurants, parks, backyards, and houses.  We created and sustained a community of about 60 people, mostly families with young children.  That community of practice  has been on hiatus since March 2020 and we hope to restart in 2022.

I studied food justice, understanding that food inequity is often a symptom of deeper spiritual and social problems. Food is a gift to be shared, not a commodity for consumers to buy, sell, hoard, and waste.  As we imagined a world in which all could be fed with the bread of life, we noticed injustices in food access all around us.  We knew people who had no food in their homes.  And we knew that food in excess was being wasted every day.  I began to wonder what it might look like to address these injustices by producing food as a faith practice.  Zion started eight raised bed gardens on our property to share the bounty at Peter’s Porch.

While feeding our neighbors, spiritually and physically, became a central practice for my faith communities, my ongoing relationship of support for the Lutheran Camping Corporation took on new possibilities.  With the support of the executive director, Mike Youse, I began a growing project at the Wittel Farm in Elizabethtown.  The goal of the project was to invite volunteers to grow food for Lancaster county food relief.  I was raised on a large commercial vegetable farm in upstate New York and left the family business to pursue a call to ordained ministry.  But in 2016, I became a farmer again. We started on a small scale and produced 5,000 pounds of vegetables on about 1 acre of land with about 60 volunteers.  We served one food relief organization.  In 2021, we produced over 16,000 pounds of food on about 7 acres with over 500 volunteers!  We served a dozen food relief organizations in the county.  We were the recipients in 2020 of an ELCA Domestic Hunger grant.  And I became a member of the camping corporation staff that year as director of the Wittel Farm growing project. I was able to leverage my partnerships in hunger free Lancaster to acquire a grant in 2021 to install a walk-in cooler in our barn.  With many generous givers we have purchased essential farm equipment to expand and focus our work on sustainable or regenerative agriculture practices.  We are educating the public about climate change and agriculture.  We are teaching about the importance of local food systems, food production as our shared human vocation, and how healthy farming can serve the whole planet.  We grow beautiful pollinator gardens alongside our vegetables.  In six seasons we have shared over 110,000 pounds of fresh vegetables in Lancaster county.  We welcome hundreds of people of all ages to the farm. Our motto is planting, growing, and sharing to love God’s creation.  Please check out our website www.wittelfarm.org and visit us this growing season.

I honestly never intended to practice farming as part of my ministry vocation.  But as a minister of Word and Sacrament, I see food production as an extension of the table of grace.  The table reminds us that we are all part of a larger ecology and that we are called to become healers of a broken world. We cannot serve the Lord and neglect the earth.  We cannot preach the gospel and not teach people how to be human in community.  We cannot pray to Jesus with our lips and not practice justice with our lives.

During this time of growth, our nation also witnessed  the persistent effects of white supremacy and racism.  We witnessed black bodies shot to death by police officers.  We saw brutality and pain.  We witnessed nine brothers and sisters murdered in a prayer meeting at Mother Emmanuel AME Church in Charleston.  We saw a white nationalist rally in Charlottesville.  We saw Trayvon Martin’s killer acquitted.  We saw black lives being crushed in modern day lynchings.  We witnessed George Floyd die on Minneapolis streets under a white police officer’s knee.  We saw Breonna Taylor shot dead by a police invasion in her home, while she slept. We also saw people rising up.  We saw Black Lives Matter.  I asked, what are we doing about racism? What does this have to do with us, the whitest denomination in the United States?  What role do we play as Jesus’ people? I was the policy council chair of LAMPA in 2014 when I was sent to Atlanta for national antiracism and organizer training with PICO, the largest congregation-based community organization committed to racial justice and economic dignity on a livable planet in the US.  I returned having started a confrontation with myself about race and racism.  I confessed and continue to repent for my complicity in systemic and institutional racism.  I invited Zion to follow me on this journey into racial justice. The first revolution is internal.  We learned, reflected, lamented, repented, and struggled. In 2017, PICO’s (now Faith in Action) Philly affiliate, POWER came to Lancaster.  We began to organize local faith leaders around a campaign for education equity in PA.  We began to build an interfaith, multiracial, ecumenical organization in Lancaster to confront and dismantle white supremacy and racism.  We marched and rallied and prayed.  We challenged local lawmakers.  Zion became one of four congregations to become a member of POWER Interfaith.   This month, after 3 years of work, POWER hired me as a faith-rooted organizer in Lancaster, connecting faith leaders and congregations to our work to build racial justice in Lancaster.

I am a pastor, farmer, and organizer.  I do not wear three hats.  These things are all part of one calling in Christ to proclaim good news to the poor, to bring sight to the blind, to free the oppressed, and declare the year of Jubilee.

Two of these paid positions are new and did not exist before I was hired to do them.  In a lot of ways, the work I did created those positions.  I farmed Wittel for three years before I was hired.  I labored for racial justice for about seven years before I was hired by POWER.  I was invited to share this story as an example of innovative, adaptive leadership at a time when pastoral/congregational calls are changing.  Many full time pastoral calls are becoming part time calls.  I want to say, though, that what I do is not replicable.  It is specific.  It is local.  It is, I think, spirit-led.  It feels schizophrenic sometimes.  (Not to diminish the seriousness and difficulty of those who struggle with mental illness.)   It is risky, tentative, and uncertain.  I would never have created a call like this, nor do I recommend it.  BUT, the Spirit of the Lord is upon us.  The vocations of the baptized are as varied as the children of God.  As a church called to public ministry of proclamation and service, we have to find a place in society.  It is no longer granted to us by the culture.  How can any of us be silent about the things that matter the most? “For Zion’s sake I will not keep silent, and for Jerusalem’s sake I will not rest,” said the prophet Isaiah.  Do justice now.  Love mercy now.  Walk humbly now.  Revitalization happens when we risk our own security to follow Jesus into the mission field.  (in my case, the mission field was more literal than I imagined).     May you trust that the God who calls you by name is preparing a way for you to live out that calling, share your gifts, and serve the Lord.