Just what is “restorative justice” and why is it a better alternative to more punitive approaches? How does this relate to our synod’s 2016 theme of “Hungry for Justice and Mercy”? A group gathered Saturday, February 27, at Trinity Lutheran Church, Camp Hill, to learn more.

Our U.S. criminal justice system is notorious for long sentences and disproportionate impact on racial minorities. The restorative justice movement, while barely a blip on the political, legal or academic radar, is growing as a result of its impressive and lasting results, all with scant resources. Restorative justice methods are able to produce both satisfying results for crime victims and a lasting lesson in empathy and responsibility for offenders—all at a bargain to taxpayers—that are unmatched in the US criminal justice system. Of importance for people of faith, restorative justice both reflects core faith values and teachings and provides a way for faith communities to become involved in proven practices that make our world a better, more just, and safer place for all people.

The LSS Criminal Justice System Ministry was pleased to bring Christopher Fitz, Executive Director of the Center for Community Peacemaking in Lancaster, to teach and share the principles and practices of restorative justice with attendees. This theory of justice emphasizes repairing the harm caused by criminal behavior through cooperative processes that include all stakeholders. This practice can lead to transformation of people, relationships and communities, particularly in the area of juvenile justice. Participants also had the opportunity to dig deeper in breakout sessions about domestic violence and forgiveness, Healing Communities, Restorative Justice in Action, and Diakon’s youth and young adult programs. 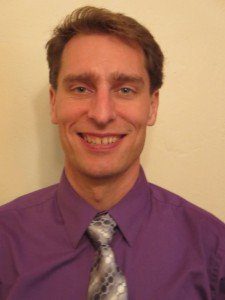 About Christopher Fitz: Christopher Fitz holds a M.A. in International Peace & Development Studies from the Universitat Jaume I (Castellon, Spain) and a B.A. in Peace & Conflict Studies from Hampshire College (Amherst, MA). A native of York County, he was exposed to restorative justice at age 8, when his parents worked to involve the man who burned down the family barn in its reconstruction. As an undergrad, he saw his college and America react to the 1992 Rodney King verdict, sparking his interest in bridging ethnic divisions through community-building facilitation processes that took him to Northern Ireland, Croatia, Iraq and across the US. In 2004, he began using applied improvisational theatre for such community building, founding a regional troupe, River Crossing Playback Theatre in 2007, of which he is the artistic director. In 2014, Fitz was hired to lead the Center for Community Peacemaking in Lancaster, a restorative justice organization founded in 1994 as the Lancaster Area Victim Offender Reconciliation Program (LAVORP).

About the Center for Community Peacemaking: The Center for Community Peacemaking was founded in 1994 through a confluence of support from the Mennonite Central Committee, the Lancaster County Court and then-new statewide mandate of “balanced and restorative justice” for juvenile offenders. Since then, the organization has offered restorative justice to more than 10,000 people in Lancaster County, both crime victims and offenders (with more than 400 in 2015). The center has grown to proactively equip youth and adults with restorative practices and constructive conflict engagement opportunities.