Let the Voice of God Be Heard by Rev. Brian Biery 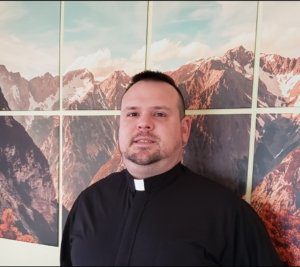 For pastors, deacons, and lay leaders in the Church, this can be a frustrating time, especially for those serving predominantly white congregations. Many of our members will have questions and offer opinions about the current events in our country, specifically those centered around racial justice. I don’t have all the answers, but I do know that if we let ourselves get dragged into an argument, or led down the road of political rhetoric, we will never win, and we will likely not be heard. Our best way to teach others in the current landscape is to speak to the teachings of Jesus, to let the voice of God be heard, and to remind other Christians that our calling is to do as Jesus commands above all else. Therefore, I have answered some common questions that we may be asked, or that we may be asking.

To be a Christian is to follow Jesus Christ. It is to follow his teachings. It is to live his ways. It is to love others as he loves the world. If we do not do these things, we are not truly Christians, and the world will not know us as such. Jesus summarized this when he said, “I give you a new commandment, that you love one another. Just as I have loved you, you also should love one another. By this everyone will know that you are my disciples, if you have love for one another.” (John 13:34-35)

Moreover, if we only claim to be Christians, but do not follow our Lord in word and in deed, we are citizens of this world and not of the Kingdom of God. For as Jesus said, “Not everyone who says to me, ‘Lord, Lord,’ will enter the kingdom of heaven, but only the one who does the will of my Father in heaven.” (Matthew 7:21)

What is the “will of my Father in heaven,” to which Jesus refers?

The prophet Isaiah commands a nation tolerating injustice, “Wash yourselves; make yourselves clean; remove the evil of your doings from before my eyes; cease to do evil, learn to do good; seek justice, rescue the oppressed, defend the orphan, plead for the widow,” for a nation of godly people seeks justice for those who are forgotten. (Isaiah 1:16-17)

The prophet Ezekiel also lays condemnation on those who claim to be shepherds of God’s people, but do not act justly.

“2Mortal, prophesy against the shepherds of Israel: prophesy, and say to them—to the shepherds: Thus says the Lord God: Ah, you shepherds of Israel who have been feeding yourselves! Should not shepherds feed the sheep? 3 You eat the fat, you clothe yourselves with the wool, you slaughter the fatlings; but you do not feed the sheep. 4 You have not strengthened the weak, you have not healed the sick, you have not bound up the injured, you have not brought back the strayed, you have not sought the lost, but with force and harshness you have ruled them…. 16 I will seek the lost, and I will bring back the strayed, and I will bind up the injured, and I will strengthen the weak, but the fat and the strong I will destroy. I will feed them with justice.” (Ezekiel 34:2-4, 16)

The will of God for those who shepherd God’s people is to turn away from the haughty and powerful and to uplift those are weak, sick, injured, and forgotten.

And, for course, there is admonition of Micah that sums up the preaching of the prophets in a single sentence: “He has told you, O mortal, what is good; and what does the Lord require of you but to do justice, and to love kindness, and to walk humbly with your God?” (Micah 6:8)

Jesus tells his disciples, “What do you think? If a shepherd has a hundred sheep, and one of them has gone astray, does he not leave the ninety-nine on the mountains and go in search of the one that went astray? And if he finds it, truly I tell you, he rejoices over it more than over the ninety-nine that never went astray.” (Matthew 18:12-13) This teaching is not simply about going out and finding people who have “fallen away from God.” It is in the heart of Jesus to find one who is lost and in danger and gather them into his arms. If we are not willing to do the same- to acknowledge the oppression of others, to leave the majority behind, and to seek to uplift the ones who are oppressed- then we are not acting as Jesus does.

Jesus also declared, “The Spirit of the Lord is upon me, because he has anointed me to bring good news to the poor. He has sent me to proclaim release to the captives and recovery of sight to the blind, to let the oppressed go free, to proclaim the year of the Lord’s favor.” (Luke 4:18-19) We proclaim with joy that Jesus Christ has died for the sins of the whole world, and he died to redeem all people. Yet Jesus specifically mentions that his Good News is for the poor, the captive, the blind, and the oppressed. He does not do this to ignore the rest of the world, but rather because he recognizes their suffering and wishes for those who suffer in this world to know that he brings them freedom and redemption. If we are to be disciples of Jesus, we must stand with those suffering at the margins of our society, acknowledging them specifically.

How do we respond when the president of the United States and other politicians use the Bible and the church for propaganda?

Jesus warns his disciples, “Beware of practicing your piety before others in order to be seen by them; for then you have no reward from your Father in heaven. So whenever you give alms, do not sound a trumpet before you, as the hypocrites do in the synagogues and in the streets, so that they may be praised by others. Truly I tell you, they have received their reward.” (Matthew 6:1-2) In light of this, the use of sacred scripture and sacred spaces as props for political pandering and propaganda is condemned by Jesus as hypocrisy.

Moreover, the president and other politicians have continued to ignore the plight of the poor and oppressed, even as they claim to be godly. To these actions Jesus replies, “Beware of the scribes, who like to walk around in long robes, and to be greeted with respect in the marketplaces, and to have the best seats in the synagogues and places of honor at banquets! They devour widows’ houses and for the sake of appearance say long prayers. They will receive the greater condemnation.” (Mark 12:38-40) Jesus reaffirms the hypocrisy and injustice of those who use religion for recognition and honor but do not honor God by caring for the poor, but instead they trod on the disenfranchised in their quest for power.

What do we say when people attack one another, the police, and the police attack our citizens?

Jesus blesses his disciples saying, “Peace I leave with you; my peace I give to you. I do not give to you as the world gives. Do not let your hearts be troubled, and do not let them be afraid.” (John 14:27) Christ grants us peace that is not from this world and that surpasses all our understanding, and this peace can only be found by following and seeking him.

As well, Jesus wept over Jerusalem crying out, “If you, even you, had only recognized on this day the things that make for peace! But now they are hidden from your eyes. Indeed, the days will come upon you, when your enemies will set up ramparts around you and surround you, and hem you in on every side.” (Luke 19:42-43) If we fail to recognize the path toward peace, peace will be far from us. The disciples of Jesus Christ seek the path of peace for as long as it is possible. Therefore, if our gut reaction is to engage in more violence, our hearts are not filled with the peace of Christ, and we are following a path that leads not to the kingdom of God, but deeper into the broken kingdoms of this world and toward ever increasing violence.

Brian Biery is the Pastor of Christ Lutheran Church in Shrewsbury, PA. He has trained as a Spiritual Director through Oasis Ministries and is a member of the LSS Racial Justice Taskforce.