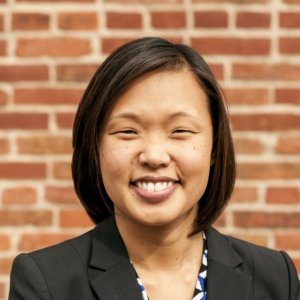 November is National Adoption Month, a holiday that often centers the voices of adoptive parents instead of adoptees or first parents. This 2019 sermon by Pastor Tasha Genck Morton focuses on how adoptees (and all of us) wrestle with the concept of being enough … and how God answers that struggle.

Recently I’ve enjoyed the resurgence of the romantic comedy way more than I thought I would. These movies were actually good movies! They weren’t just trashy movies only your mom or romance-crazed best friend would like. Instead these were thoughtful and funny movies about relationships, grief, duty, ambition, and, of course, love. I admit, my love of these movies was also influenced by the fact that a good portion of them had Asian or Asian American leads. Crazy Rich Asians took the box office by storm last summer. On Netflix there were numerous titles to pick from but the cream of the crop were the teen romantic comedy To All the Boys I’ve Loved Before (which featured a mixed Korean-American family) and the recent release Always Be My Maybe which starred Asian American comedy powerhouses Randall Park and Ali Wong.

As a part of the press junket people are obliged to do when a new film is released, Randall Park (who is Korean-American) did an interview with a website that talked about his Korean-ness. As he was being interviewed by another Asian-American she asked him this question: “Do you ever feel like you’re not Asian enough? Like, Asian imposter syndrome?”

I was floored. As most of you know, I’m a Korean-American adoptee. In Minnesota in the late 70s and early 80s, Lutheran Social Services worked to bring over a ton of Korean babies and children for adoption. I was one of those adoptees. I was six months when I came over so I don’t remember anything about Korea. Since I was a part of such a big influx of adoptees to a specific area, I grew up having a small but mighty community of fellow Korean adoptees. One of the rites of passage for pretty much every Minnesotan Korean adoptee was Korean Culture Camp. During one week of the summer, a huge group of us would gather in Minneapolis for a week of learning all things Korean from Tae Kwon Do to traditional Korean dances to language to music to food. It was a great experience, one I remain extremely grateful for, especially since it really jumpstarted my love for Korean food and cooking.

But, even though I was and still am extremely proud of my heritage, I’ve always felt like I was straddling two worlds. I know it’s the same for a lot of my close friends who are also Korean adoptees. Yes, the United States is a wonderful melting pot of cultures but we never felt fully “American” or fully “Korean.” It felt like we occupied this weird space between.

That’s why I was floored to hear the interview question “Do you ever feel like you’re not Asian enough? Like, Asian imposter syndrome?” Because here were two Asian Americans—non-adoptees—who clearly felt the same thing. Randall Park’s parents are both Korean immigrants and so he grew up with whatever I imagined the normal “Korean” things would be. But his answer totally acknowledged this reality was true for him, too. “Yeah, of course,” he answers. “Especially Korean impostor syndrome. I didn’t have a lot of Korean friends growing up. I had like one Korean friend, who was my closest friend but we were both surrounded by other races. I love the food, I make kimchi because it really connects me, but I’m always trying to find ways to connect to my Korean-ness more.”

It wasn’t just Korean adoptees who had this weird imposter-am-I-Asian-enough syndrome. It was all of us!

Of course, this doesn’t just apply to adoptees or Koreans or Asians. That feeling of “am I enough of this” can creep in anywhere. Am I German enough? Am I connected enough to my Lancastrian ancestors? What does it say about me and my family in this area if we DON’T cook pork and sauerkraut on New Year’s Day?! Am I really Lancastrian enough if I’m only the SECOND generation of people who have lived here?

Even if you claim to eschew labels and paint yourself as outside of such things, you’re still labeling yourself as something and there is always still question of comparison, am I enough of an outsider.

When Paul wrote his letter to the Galatians I’m guessing he didn’t have these specific questions about enough-ness in mind. The church of Galatia was having a rough go of it. After Paul had taught them about Jesus, they went off the rails. They started insisting that the only way they were true Christians or Christian enough was to be circumcised. It required that we do something in order to be in with God. And it was only meant for God’s people, the Jews. In other words, they had to follow the “big L” Law. These were the laws given by God at Mount Sinai to Moses and God’s people. But no one could ever live up to these Laws. The Old Testament is the story of God’s people failing again and again and again to live up to these laws. The people could never be lawful enough to be right with God. This then bleeds into the rest of daily lives and the demands of what I’ll call the “little l” laws of enoughness. We can never be enough no matter which set of laws we face. We get it from all sides – this sinking suspicion that we will never be good enough or lawful enough or fully whatever enough. These “big L” and “little l” laws always accuse of not being enough. There’s no escaping it.

This is why it’s such good news that Jesus came. With Jesus came faith, which is a gift from God in and of itself. Faith that through Jesus’ death on the cross for the forgiveness of sins and rising from the grave that all has been done, that it is enough. Enough for all of us. Enough for everything. Through this we are set free from sin, death, and the devil and the sneaking suspicion we will never be enough because Jesus is enough.

Through Jesus, all those labels and laws that accuse us of not being enough are put to death. Of not being Korean enough or Lancastrian enough or rich enough or smart enough or lawful enough or pretty enough or whatever enough. They’re all gone. We have a new label that trumps all the others: child of God. This is who we are. And this label means we are enough in God’s eyes. Finally, because of what Jesus has done for us.

I remember digging into this passage and Galatians in seminary and how freeing it felt. There is always part of me that has tried to reconcile who I am and how I never felt like enough especially in relation to my heritage. I was proud of it, sure, it is a huge part of who I am. But that idea of enoughness gnawed at the edges. Until I read this. Until I learned what it meant. Until I was reminded that, in Christ Jesus and through baptism, I am a child of God and, through the promises given on the cross and baptism, I am enough. I am whole.

Of course, I need to be reminded of this day in and day out. This is why I’m always a little surprised when I run into interviews like Randall Park’s and am reminded again of my never-ending need to feel like I am enough on this side of life. This is what we go out to do as Christians, this is a part of our mission. To share the same rest, peace, and freedom we have found in Jesus because we all know this world needs it. Thanks be to God. Amen.

To listen to Pastor Morton’s full June 23, 2019 sermon with additional comments, visit: trinitylancaster.org/2017-sermons/sermons/2019-sermons. Link will be available through at least March 2021.