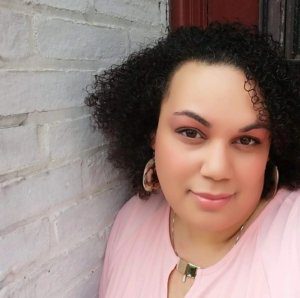 Even caught in the timeless unreality of pandemic life, seasons continue to pass and here we are in the middle of summer’s sidewalk-sizzling heat. In certain areas of the country, like Portland, Oregon, the situation is still hot in ways that have nothing to do with the August sun. On military bases across the country, soldiers and activists alike are calling for equitable justice for women and people of color after the death of a young Latinx woman at the hands of her supervisor. Public demonstrations have lessened in size and frequency as the calls for racial and social justice move into congressional halls and the offices of area nonprofits, congregations, and even sporting arenas. Where does that leave us as people of faith? Do we declare the racial justice boiling point past? Have we entered a space of exhaustion? Healing? Apathy?

As we in the church world navigate the complex realities of planning for the fall’s adult education or youth group discussion topics in a Zoom and outdoor worship world, it becomes more vital than ever to offer relevant and real supports that meet our communities where they are. I reached out to other ELCA leaders and congregation members and community leaders of color to test the waters and find out where their spirits are.

The short version: Black and brown people are deeply spiritually wearied and concerned to the level of fear.

Their white allies are wondering about next steps and discerning specific areas they feel called to as supportive ministry. As Pastor Pam Illick said, “[We need] deep listening to voices who have been silenced for far too long. I pray that those voices are not silenced yet again. I pray that the hearts that are listening are transformed.” Across cultures and neighborhoods, the unifying cry is to rest up, to read up, and to make sure we don’t give up right now. The work is just beginning with tensions likely to escalate before November elections.

Warkenda Williams-Casey, an African descent educator and mother of three from a York county ELCA congregation, said, “I am scared. I am terrified. I want us to evolve and grow but I see so many holding back and refusing to break. I see some make beautiful changes while I see others digging in their heels with the same old talking points.” Amy Mummert, a white ally from the same congregation, added “What comes next…especially with November around the corner?”

Voting, voting rights, and the upcoming elections, were named by pastors across York, Lancaster, Dauphin, Cumberland, and Adams counties. As Pastor Molly Haggerty said, “It is too important to be a phase.”

The importance of fair representation, thoughtfully chosen leadership, and the passage of ethical policies that protect the vulnerable were named repeatedly as necessary to maintain and solidify the ground gained by the raising of awareness and the application of pressure brought about by the protests of spring and early summer.

York County Latinx community leader, Sal Galdamez, said “This iteration of protests seem to have resulted in much change, particularly in making the issues part of the national conversation. My fear is that as we get further from Floyd’s lynching, the passions will subside and people will become complacent or accepting of the scraps thrown at them from the power structures.”

Muslim advocate Rabiya Khan added, “What comes next: VOTE! And then hold elected officials accountable and ensure they introduce legislation that can actually help make a difference in our communities.”

Black American artist-advocate Ophelia Chambliss (whose painting series of multicultural saints of the church was just unveiled at United Lutheran Seminary’s Gettysburg campus) said simply, “It is not time to take our foots off the pedal.”

Pastor Sharron Blezzard perhaps spoke the words on everyone’s hearts. “Keep pressing on, on all fronts, using all gifts and skills, not one step backward.”

Yes, we are in the midst of a pandemic.

Yes, we are tired and frustrated and discouraged on some days.

Quite simply, this is too important to step away from. Justice is rarely easy or convenient. We have made remarkable progress in recent months, however. The largest global network of united demonstrations in history has occurred in this year. Police reform and fair funding redistribution and diversity and equity initiatives are moving through every aspect of our society.

We were made for just such a time as this. Our Black and brown neighbors need to know that we are committed to rise to the challenge and to not fall back when their centuries-old struggles are no longer front page news.

Will you stand with your neighbors until November and beyond?

Will you embody the love of the creator who made us all?

I pray your faith calls you to do so. Your neighbors need you. Together, we can bring the beautiful kingdom that much closer. One act of love and justice at a time.