Being Safe by Rev. Dr. Timothy A. Mentzer 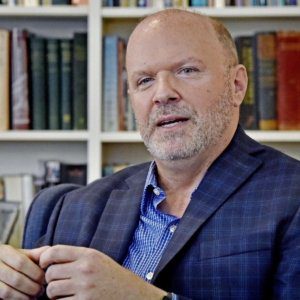 My son’s name is Andrew. At age 17 and going into his junior year in high school, he is a little larger than the infant my wife and I adopted at three days old. Andrew’s birth mother is white and his birth father is black. Andrew identifies as African American.

When we first saw Andrew, he studied us with a furrowed brow. He had the hiccups and he had a dribble of formula running out of the corner of his mouth. We claim he has studied people ever since the day he was born.

From toddlerhood on, I noticed that each time Andrew was near a person who was African American, he was drawn to them—sometimes literally reaching out to them. As he reached early adolescence, I noticed another behavior. This happened when he was in the company of other African Americans. His shoulders would relax, and he would let out a sigh of relief. I once shared this observation with fellow members of the board of the Crispus Attucks Community Center in Lancaster. The African American board members smiled the smile of recognition and shook their heads in a silent, “We know what you are talking about.”

Wanting to learn more about this behavior, my wife and I met with the late Dr. Rita Smith Wade-El, a professor at Millersville University. Professor Wade-El spoke in her usual fashion, which was truth spoken in love. As a sociologist, Professor Wade-El taught us about Attributional Ambiguity.

The person who is part of the outside group will not have clarity on whether another person’s response is based on justice—that which is good is rewarded and that which is bad is punished—or based on bias, discrimination, and racism. The ongoing ambiguity has a diminishing impact on a person.

Professor Chris Lebron, Associate Professor of Philosophy at Johns Hopkins, views racism as a social disease.  He has named the process of diminishing as Racial Diminishment Syndrome. This concept puts a name onto “the damage done to a person through regular systemic racism.”  On each occasion of racism, a person is a little more dead inside.  The underlying plot in the diminishing of people who are not of the dominant race is rooted in the truth that there are expectations that members of the black community need to meet in order to be accepted. Lebron writes, “What they need is a version of myself that acquiesces and conforms, that is never displeased or contrary—or angry.”

Harvard psychologist Wendy Berry Mendes describes the root of anger. This anger can come from “social rejection from an outgroup member (i.e., dominant culture).”  She states that rejection that comes from one’s own group can have an internal and adverse effect on a person. Rejection from someone from an outside group may lead to “external negative emotions such as anger.”  The act of moving the source of rejection from internal to external helps a person protect their self-esteem and worth.  In the act of preserving one’s self esteem, the level of anger increases.  As Mendes writes, “anger has been identified as the most common emotional state to follow perceptions of racism.”

As members of the white community, it is important for us to consider the forces at play in interracial interaction. I want to offer three points for consideration.

First, the act of communication is not pure. The person speaking and the person receiving a message speak and process the message through a prism that is unique to their life experience. When the speaker is from the dominant culture, they claim the role of clarifying the message. In doing so, the speaker does not attend to the integrity of the listener when the listener is from the outside group.

Additionally, those of the outside group have experienced personal and systemic diminishing for an extended period of time. Racial healing is not as simple as identifying a one-time offense, apologizing, and making right. It is necessary to realize that racism is a centuries-old personal and systemic attack on another race by the white community. Reading, listening, learning, living with one’s own discomfort, taking responsibility for our ancestors, and striving to make amends are necessary for members of the white community.

Finally, the anger of a person from the out group may be the result of an effort to protect their self-esteem. Anger makes those in power uncomfortable. Those in power become fearful of losing their position of power. It is important for those in the white community to realize that expressed anger is a process of self-preservation coming from encounters with bias, discrimination, and racism. Racial healing will ask for those of the dominant culture to live through the discomfort and hear the truth.

The Reverend Dr. Timothy A. Mentzer is the Senior Pastor of Holy Trinity Lutheran Church in Lancaster, Pennsylvania. He has served on the boards of the Crispus Attucks Community Center and the Rev. Dr. Martin Luther King, Jr. Scholarship Fund in the City of Lancaster. His wife is the Rev. Dr. Constance Mentzer. Tim and Connie have a son named Andrew.